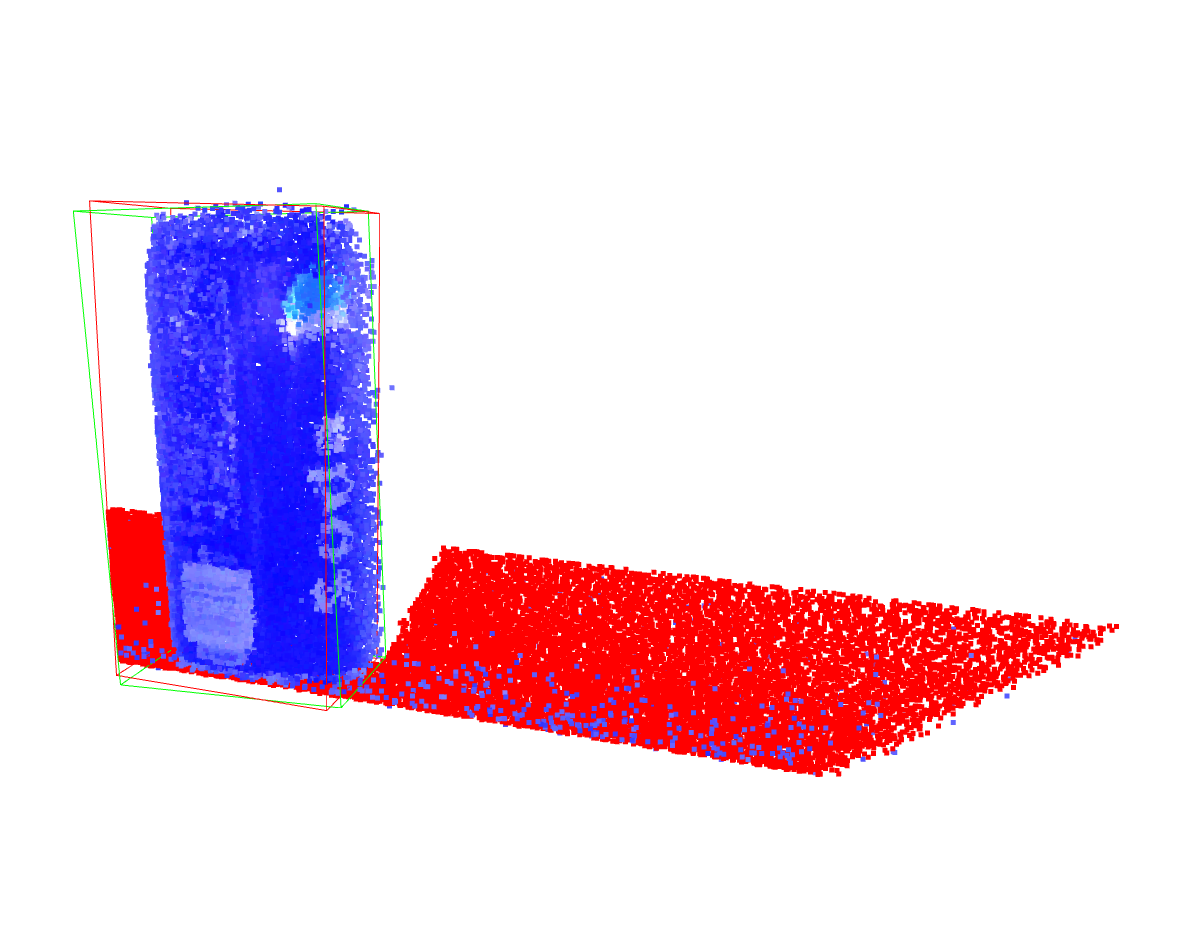 The goal of this lab is to get familiar with basic point cloud operations. Point clouds are derived from depth images and allow the robot to perceive its environment in 3D. We will use plane recognition, filtering, and bounding box fitting algorithms to segment and localize objects in the environment. We will then use the state machine from Lab 0 and the IK solution from Lab 1 to collect a sequence of cans from random locations on the conveyor belt.

This lab consists of a slightly modified environment from the previous labs in that cans are placed randomly by a “supervisor”. The robot is equipped with a depth and color camera that are co-located in the robot’s palm, mimicking an Intel Realsense, or similar, stereo-from-depth device. The RGB camera is solely provided for augmenting the point cloud graphically, please do not use it to detect the cans.

You will be furnished with a Python version of the Open3D tutorial. Doing the tutorial requires downloading the Open3D Github repository to gain access to sample data. You will also receive basic code to turn Webots sensing data into Open3D classes.

You will then use Open3D to identify and localize the cans as they arrive on the conveyor belt, then use moveL to move toward them, and finally grasp them.