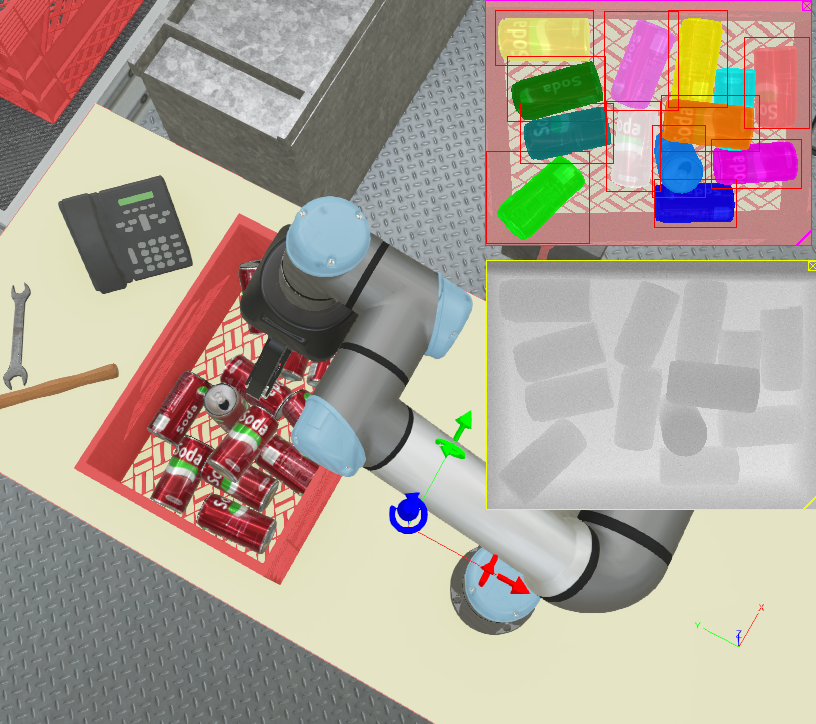 The goal of this lab is to compute suitable grasp poses given an object-of-interest’s pose.

You are provided with a perfect object detection pipeline that segments all objects in the crate.

Deliverable: A Python script that grasps the cans it can see.

In this lab, soda cans are presented randomly in a crate. The cans can be identified by Webot’s buil-in object recognition pipeline that augments the “camera” node by a “segmentation image”.