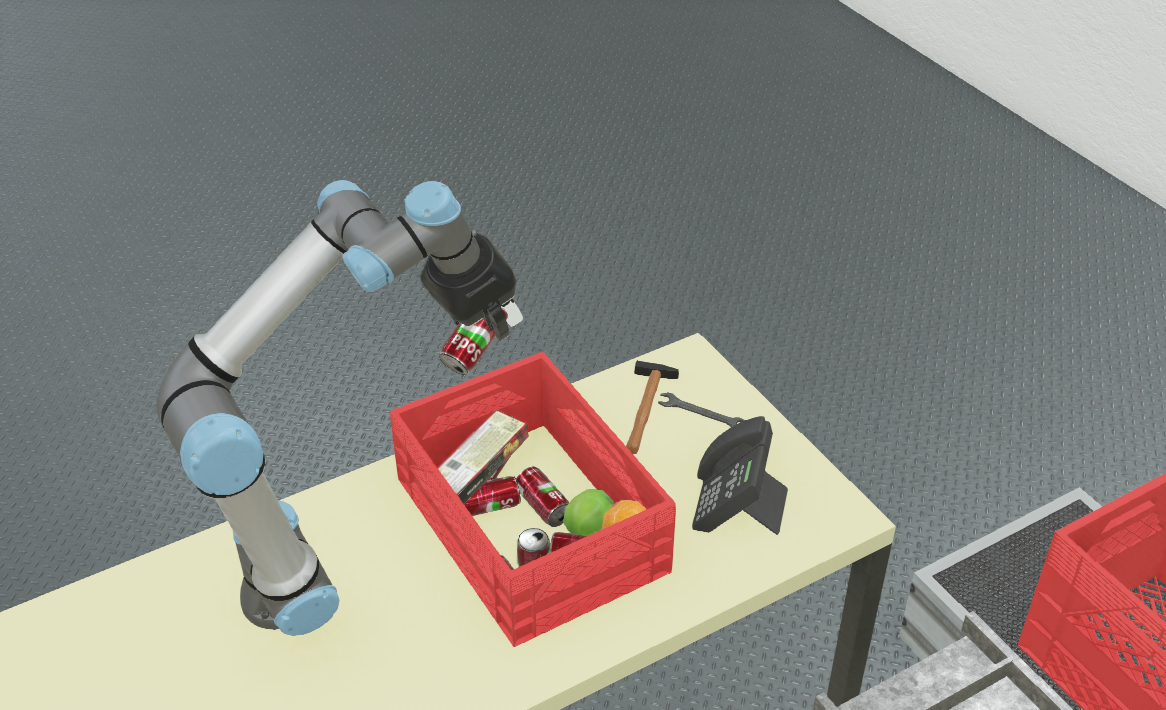 The goal of this lab is to combine inverse kinematics, object recognition, grasping and collision avoidance into a functional bin picking pipeline using “Behavior Trees”. In order to facilitate this process, you are provided with three iPython notebooks:

Deliverable: A Python script that cycles through possible grasps and grasps all items in the bin. If you chose not to use the provided libraries, please include all required methods into a single file.

The provided example runs until the “Object in Hand?” behavior returns “Success”. In order for preventing other behaviors in the sequence from triggering a “Success” status, they are wrapped in a “Success-is-Running” decorator. Note that behaviours do not accept parameters. Instead, parameters are implicitely passed via a “blackboard” mechanism is used to pass parameters between different behaviors.

Use your code base from previous lab to create a new behavior “Find object” that returns a grasp pose. You can use the blackboard mechanism to store candidate grasp pose(s).

Optional: cycle through all possible grasp poses to find a collision-free pose. Otherwise, simply rely on the simulated F/T sensor to limit the impact of collisions with the bin and its content.

Extend the behavior tree to empty the entire bin and finish only when no object remains. Optional: use the arm to shake the bin to randomize its content and making grasping easier.

A single Python file that implements your controller in the provided Webots world. This lab can be submitted as a team effort. Please indicate all team members in the source code. You are encouraged to create a git repository to facilitate collaboration and track contributions.